Throughout Husky there is a lot of talk about context. That is the relation between something and something else: what is the link between two parts, in which folder is it, on which branch does that leaf hang in the tree structure?

If a task is attached to a specific project, this project is called the context of that task. Moments can also be attached to several channels: they have an extra context. Extra useful for multichannel communication.

Also with a task list you can determine in which context it can be used: projects, channels, moments, costs, KPI's and notes. A certain task list might only be used at the level of a project. That limits the options of those who want to use the task list.

The context of a task list is also situated at the level of a plan. Suppose your company has a separate plan for each business unit, then some task lists can only apply to one or a few plans. 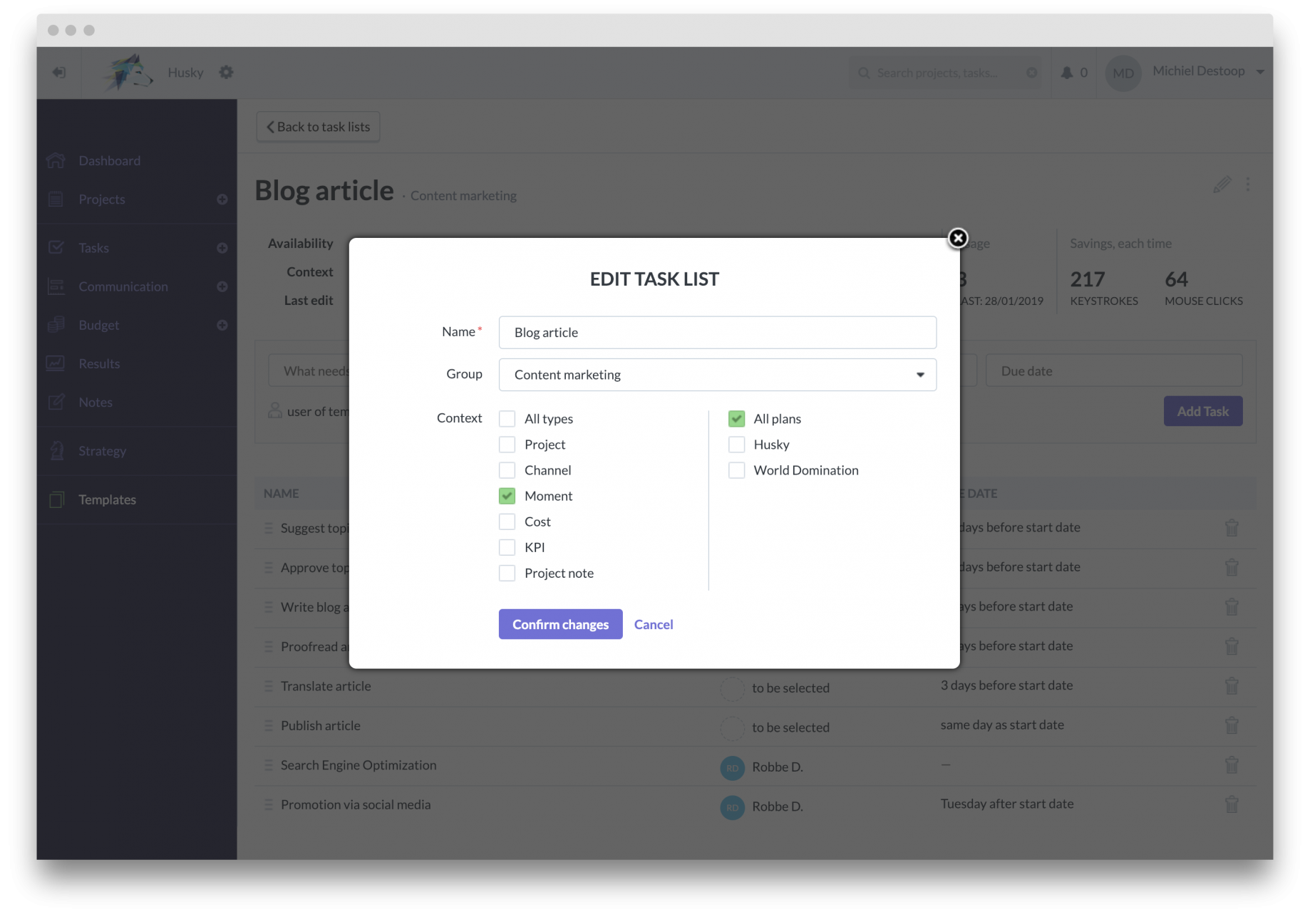 Task owner
Due date of a task